Musings From A Wanderer 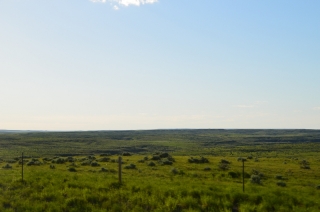 Long time no blog! We’ve had a really hard time getting a reliable internet connection – I can update Facebook from my smartphone, but I can’t blog from the phone. Thankfully tonight we have a great connection, so I wanted to take a minute and post about some thoughts I’ve had rolling around in my head during the trip.

We’ve been on the road for 20 days – 20 long, yet quickly passing by days. We’ve logged about 3,000 miles so far, give or take a few. I estimated this entire trip would take around 8,000 miles, or 10,000 miles at the most depending on how many stops and detours we take along the way. Being on the road is a wonderful thing – there is a very free feeling to be able to follow your heart, take a detour and enjoy the scenery that is speeding by. We’ve seen some iconic places – from Chicago, to the South Dakota Badlands, Mount Rushmore, and the Space Needle. We’ve also seen some not-so-familiar sights – from the mythical treaty line in La Push Washington to the Worlds Largest Spruce Tree. Each new bend in the road is a new adventure. 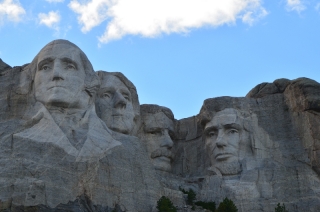 I haven’t had time to write about it, but so far we’ve visited 4 rescues, 2 sanctuaries, and 6 stores. At each place I’ve met some new and wonderful people who share a common love: birds. Depending on the size of the facility, I’ve spent anywhere from 4 hours to 2 days soaking in the atmosphere of each place, and getting to know the person behind the organization. Every single person I’ve met has a huge heart, and an even bigger vision for what they want to do for the good of the birds that are in their care.

When the concept of The Roaming Parrot first started, it was a road trip adventure with two friends. It quickly morphed into a research driven journey. Instead of trying to make this trip into what I wanted it to be, I took it to the public, as a grassroots type of venture. The vision of the journey was met with glee – and apprehension – within the avian community. The more people got involved, the more this idea evolved into a larger, grander project – something much more than I had ever anticipated.

When we first set out, I admit I was apprehensive. I was nervous about living on the road, nervous about what kind of reception we would get at each facility, and just all around a bit wary of what would happen. Something of this magnitude had never been tried before, and I was constantly second guessing myself – who was I to try and take a project of this magnitude on by myself? The more we travel however, the more I realize this project isn’t just me. It isn’t about me – it never has been – its about the birds. It is about building a solid community, and creating bridges where there may be none. Every single place Jessi and I have visited, we have been welcomed with open arms – and more then that, we have been encouraged to continue this amazing journey.

When we were in Seattle, we took a tour called the Seattle Underground, which was a walking history tour of the part of Seattle that a lot of people are unaware exists: the underground. When Seattle was first built it was built on the muddy banks of the Pacific Ocean. To strengthen the land and ready it for building, sawdust from a nearby log mill was dumped onto the muddy land, and created the foundation upon which Seattle stands today. Seattle was built about 3 feet above sea level, so there was a lot of sinking and settling of the land over time. In 1889, Seattle suffered a huge devastating fire that wiped out a large portion of the city. The citizens were so eager to rebuild, they started building immediately, right on top of the previous structures. They were so eager to build the town back up and do it right, they decreed that new structures must be made of stone or brick, and that the new roads and walkways were regraded and built one to two stores above the original structure.

While this construction was happening, the roads and major businesses were constructed first. As our tour guide explained, imagine a pancake. With the construction, imagine this pancake being turned into a waffle. Because the roads were built two stories higher, and lead into the businesses, oftentimes to cross a large road, citizens would have to prop a ladder up, climb up the ladder, walk down (or across) the sidewalk, and then climb a ladder down the other side. Rinse and repeat to work your way across the city. [Trust me, I’m going somewhere with this illustration] Imagine how difficult that would be – our tour guide gave great glee in having us imagine a women with a baby and shopping climbing up and down a tall ladder to do the household shopping.

As a result of this crazy construction, there is a part of Seattle known as Pioneer square, that has a complete underground section. This underground city has the original store facades, walks, and even ladders and latrines used by the residents of the long forgotten businesses. This hidden world is one to two stories deep in the trenches of Seattle, and is a trove of hidden treasure and history. 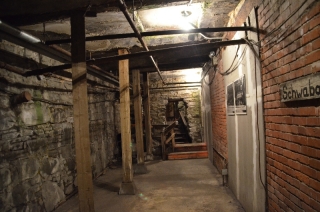 Today while mulling over a conversation with my most recent visitation, I had a bit of an epiphany. Remember that pancake turned waffle I mentioned? I feel like the avian community is that waffle. We’ve built up so much knowledge about the caring and keeping of birds, and made such advances in avian medicine, we are constantly walking on sidewalks that have been built up a story or two. However, we are having to climb down ladders and into the trenches, wading into unknown and unsteady territory of old ideas, old ways, and even some unexplored avenues. Some people in the community are already building that second story of their building, and others are figuring out where to purchase their supplies to start.

We are this waffle of crisscrossed paths, unsure patterns, and unknown areas of learning, knowledge, and experience. Some people may be afraid of heights and unwilling to climb up that ladder into the community living above. Others might have started out in one of those sunk in places, and not be aware of the other world that exists once you reach the top rung of that ladders. Others may be constantly climbing up and down, determined to meet new people and explore new areas. Unless everyone in the community bands together, ditches their ladders, and starts to methodically build from the ground up, there will always be a huge disconnect in our world.

This project is about community. It’s about networking. It’s about coming together for the greater good of the ones we all have a vested interest in: the birds. Each facility I have visited has been a wonderful and unique experience. The common theme at each place is overwhelming – every single facility has begged me to continue my work. Everyone has expressed frustration at this disconnect, this divide that we all experience. Starting out with this theory, this idea, I wasn’t sure how this project would be received. I’ve been overwhelmed by the eagerness of each person I meet with about The Roaming Parrot. Even the facilities that are not open to the public, are thrilled about the potential of networking and learning this project brings. 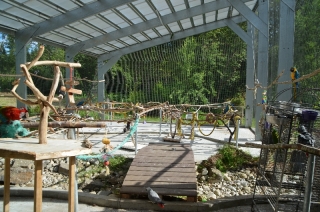 I know that some people have been wondering – why me? The way I see it, I’m just the person that is in the right place, at the right time. Not everyone has husbands who are willing to run the house for 2 months and care for critters while the wife drives across the country conducting a great experiment. The way I look at it, I’m a mediator. I’m the willing thread that is travelling to each facility, leaving behind a line of communication. I’m carrying my willingness, my new-found knowledge, and an open mind to each place I visit, and in return I walk out with a unique experience and education that I never even imagined. If I can be used as a vessel for each facility and help relay communication, trade ideas, and use the photos, videos, and information I’ve gathered via questionnaires to be building sidewalks instead of propping up ladders, then I am simply thrilled to be a small part in a bigger picture.